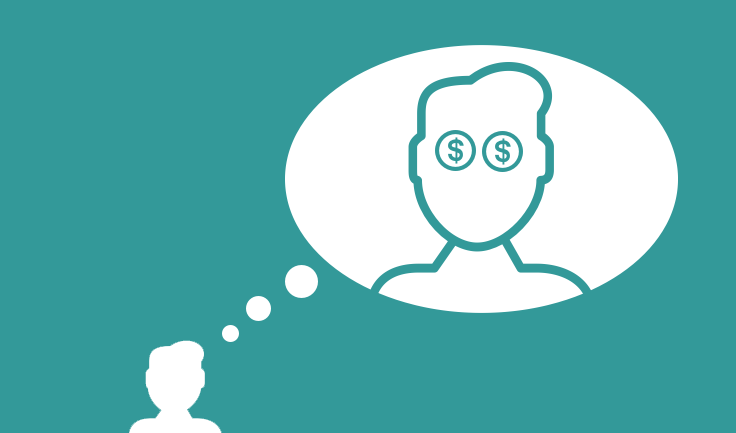 What would you do differently if you had to grow your business revenue by 10 times?

Would you keep doing the same thing you’re doing now? Would you maintain the same strategy? Do you think 10 times growth could be possible?

That’s exactly what was requested of Jason Silver, Growth Lead for Airbnb Canada, when he began his career with the famous startup – as he explained at a recent conference to a packed audience.

Silver was asked to fly to San Francisco to present his growth plans for the coming year to leadership. Being an enthusiastic new team lead, he set a bold vision for the year ahead and laid the strategic groundwork for 10% growth – what would be considered a remarkable achievement for most organizations. In the boardroom that day, he explained how he and his team would achieve that growth, heads nodding around the room, and he was proud of what they had planned. But at the conclusion of his presentation, one of Airbnb’s most senior leaders questioned Silver.

‘What would you do differently if we asked you to achieve 10 times that growth?’

Silver was stumped. He stopped dead in his tracks and knew that this wasn’t just a question; it was a request.

On the flight back home, Silver knew 10 times growth could never be achieved through a simple retooling of the existing strategy. He thought to himself, “If this seemingly impossible task was actually possible, what would my plan be?”

He had to scrap everything and start from the ground up.

Back home, he and his team began developing an entirely new plan in short order – this time focusing on an incredible growth trajectory over the same period of time. 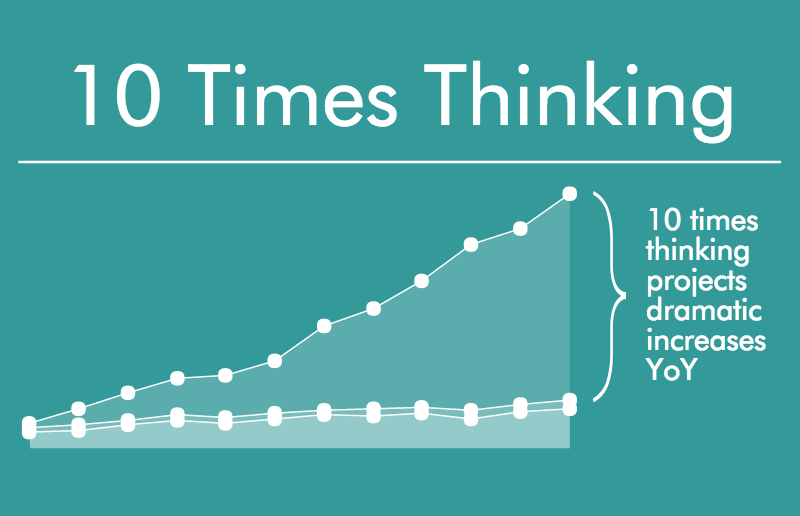 His mantra during the ensuing year became one about the very idea of failure. “Failure is the tool I use to figure out if we’re being ambitious enough in the work we’re doing.”

The company’s vision for an aggressive approach to strategy and growth would teach him one of the biggest lessons of his career.

Can 10 times be achieved?

Skeptics would argue this would be an improbable achievement under most circumstances. And they might be right.

In Silver’s case, the team put their strategy into action and worked diligently throughout that year to achieve 10 times growth. And the result? They failed.

But failure was far from a bad thing. Although they didn’t achieve the ultimate goal, they did achieve nine times growth – and that amount to a near 800% improvement over where Silver’s original strategic plan would have put the division in the same timeframe.

Related: Using failure as a guidepost: Why growing companies should embrace failure.

Thinking bigger in your organization

The lesson is clear. Any individual, team or entire company can achieve exceptional results well beyond their original goals, but it may require a fresh approach to their strategy. Step outside the comfort zone of your original plans and ask yourself what it would take to achieve 10 times your results.

Silver recommends thinking about the ‘what if’ questions in your own company. What if our market was bigger? What if we developed a completely new product? What if we attracted a sought-after demographic of customers?

By reimagining the possibilities of your company boundaries, you can put down the preconceived roadblocks and find alternate avenues to your strategy. The possibilities are infinite, and brainstorming ideas is one route to uncovering a potentially lucrative new direction.

Can your company achieve 10 times revenue? That is to be determined – the starting point is challenging yourself to come up with a new way of approaching your business that breaks out of the mold.

Are you capable of 10 times thinking? Absolutely.

Want to join the discussion?
Feel free to contribute!

We'll email you each month with the latest, useful info on business development, growth and funding.

Even Out the Ups and Downs Of Business
Scroll to top