Learn how Best Broadcast was able to save money and grow their business with the help of their local Liquid Capital Principal. Best Broadcast is a thriving audiovisual company with a strong technical team and fast-growing business. Along their business journey, they have generated a lot of accounts receivables (ARs), but have sometimes had slow-paying customers, which has created cash flow shortages.

Since partnering with Liquid Capital, they’ve been able to leverage invoice factoring to consistently inject capital into their business that would have otherwise been tied-up elsewhere. This has allowed Dave Kip, CEO of Best Broadcast, to run his company with less stress — and focus his attention on growing his business.

With a reliable alternative financing solution in place, Dave now has access to the funds he needs to grow his business and no longer has to worry about cash flow to address operational expenses. Due to its affordability and easy access, he advises other business owners to consider invoice factoring when looking to improve their working capital.

“Positive cash flow in my industry has always been extremely important because it eliminates unwanted stress that can come with staffing and managing the day-to-day operations. Having a reliable cash flow allows me to focus my attention on growth opportunities.”
Dave Kip, CEO of Best Broadcast

The backstory: Bursting out of the starting gate

In the spring of 2008, Dave Kip had the exclusive opportunity to work on a major project that would garner a lot of media coverage, and would be the launching point for his broadcast systems engineering and consulting firm, Best Broadcast.

He was asked to build the groundbreaking CityTV Dundas Square station in Toronto, Ontario. With a successful launch putting him in the spotlight, Dave found his phone ringing off the hook with even further business opportunities to work with major companies such as Rogers. In just two short years, he grew from a one-man shop to a team with seven full-time staff.

In 2014, the stage was set for tremendous growth. Best Broadcast purchased an integration company and doubled their headcount, allowing them to provide an end-to-end solution for TV stations including AMI, CBC, TVO, Bell, and even clients as far away as in Trinidad. In 2016, the evolution rapidly continued, branching off into the audiovisual industry with 40+ employees. Best Broadcast was now a dominant player supporting large AV companies such as Samsung, supplying technical manpower that would allow their clients to focus on sales without having to worry about project delivery.

The business was booming, and positive cash flow became increasingly important. But with all this success came challenges that every business owner will face at each growth step. Best Broadcast needed to access more reliable working capital to manage day-to-day operational demands and keep the momentum going.

The issue: Overcoming cash flow challenges with a brilliant solution

While Best Broadcast was a thriving business, occasionally there would be a slow month where finances would be tight. Every business owner can relate to this cash flow problem in their own growth journey. To increase cash flow, Dave started offering clients a five percent discount if they paid their bill in full within 15 days. But this heavy discount was eating into his bottom line.

Fortunately, because the Best Broadcast billing process generated a lot of accounts receivables (ARs), a solution was right under their nose. When he was introduced to Liquid Capital, he realized he could change his approach, speed up his incoming cash flow and save money.

In many cases, when Best Broadcast sends technicians out on the field, they’re on the job for a couple of weeks before a first bill gets sent out to their client. Because they invoice on a net 45-day term, incoming cash flow can slow down. That means they can be waiting for a minimum of 60 days from when they start a job to get paid.

Dave often found that he had hundreds of thousands of dollars tied up in ARs and limited cash in the bank. With the majority of his funds not immediately accessible, he could not see how to keep growing the business.

The solution was invoice factoring, and Dave learned it could alleviate his day-to-day working capital problems.

His Office Manager Barbara, who had been with the company since 2015, also took the time alongside Dave to understand and evaluate how invoice factoring could work for them. Together, with their Liquid Capital advisor’s strategic guidance, they were able to forecast the potential savings and financial improvements of this smart lending solution.

“Once we calculated the difference between what we were offering clients for early payment discounts, getting private loans or even dipping into our bank overdraft, it became a no-brainer to use invoice factoring,” Dave explained. “If other companies are offering early payment discounts, then you should consider factoring as a real option. I had always assumed that it would cost much more, but when looking at the calculations, invoice factoring was a much cheaper option.”

When they started using invoice factoring, Best Broadcast immediately saw a world of a difference in their cash flow. With Liquid Capital they now had access to the funds they needed so Dave no longer had to worry about day-to-day operational costs.

“Liquid Capital allows me to operate without stress. If a company is offering early payment discounts, factoring is a cheaper option to gain access to money.”

The solution continues to help Dave evolve the business and increase their cash flow. Liquid Capital not only provides funding to reduce stress for Dave, Barbara and their team, but is building a lasting relationship they can count on. Their Liquid Capital Principal regularly checks-in with them and is available to discuss matters not just related to funding, but also strategic business moves.

By understanding his industry and unique challenges, the tailored advice from Liquid Capital gives Dave the financial assurance to take on new opportunities.

“Liquid Capital is more than just a source of money. My Principal calls regularly, gives me his perspective and shows me my financial trends so we can discuss what next steps make sense for my business.” 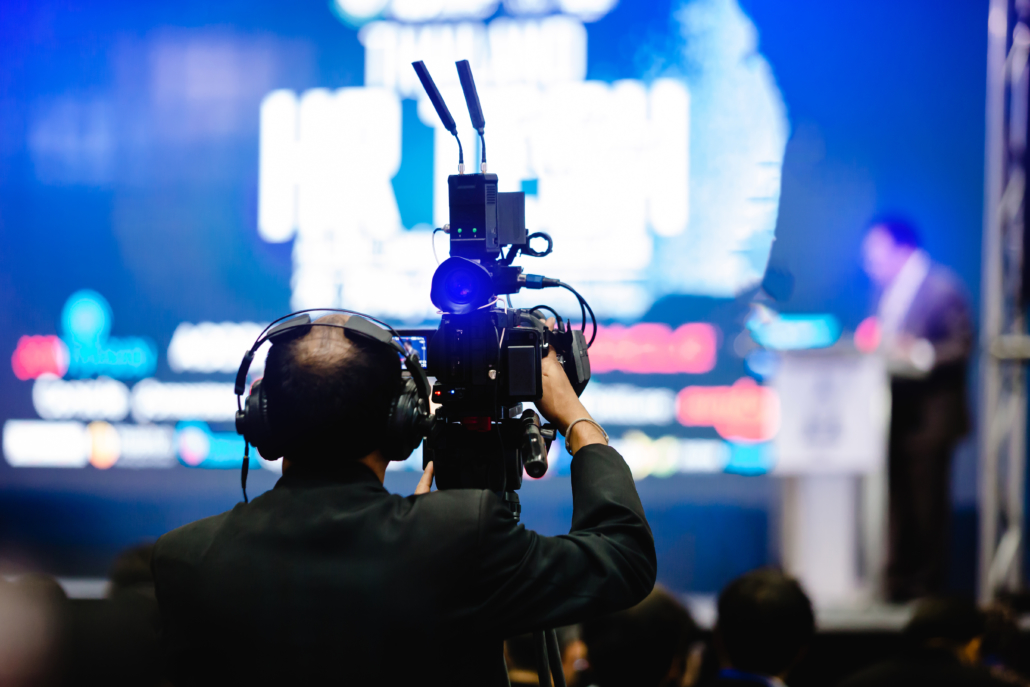 A bright future ahead

Looking forward, the next couple of years could be an exciting era for the company. Dave has eyes on new industries to add to Best Broadcast’s lineup — including the remote working space, which will no doubt bring next-level business priorities for many clients. He also has plans to open a technical school that would provide formal training to AV technicians, with the goal of introducing more qualified technicians into the workforce.
As the Best Broadcast strategy evolves, Liquid Capital will be proudly by Dave’s side as a funding source and cheer him on as a business partner.

“The next time I need money, the first person I’m calling is my Liquid Capital Principal.”

Up Next: How this trucking company was put on the road to success with both funding and strategic business advice.

3 factors that keep working capital flowing into your business